We use cookies to collect statistical about our user experience on the Joinative website. The information we get helps us make our website work as you expect it to and deliver content tailored for your personal preference. Some cookies are necessary to help our website work properly and can't be switched off, and some are optional but support your experience in other ways.

We use cookies and similar technologies to make our website work properly. The information retrieved doesn't directly identify you but can give you a more personalized web experience. We respect your right to privacy and offer you to manage your cookie choices by switching the consent toggles on or off.

These cookies are necessary for the website to function and cannot be switched off in our systems. They are usually only set in response to actions made by you which amount to a request for services, such as setting your privacy preferences, logging in or filling in forms. You can set your browser to block or alert you about these cookies, but some parts of the site will not then work. These cookies do not store any personally identifiable information.

These cookies allow us to count visits and traffic sources so we can measure and improve the performance of our site. They help us to know which pages are the most and least popular and see how visitors move around the site. All the information these cookies collect is aggregated and therefore anonymous. If you do not allow these cookies, we will not know when you have visited our site, and will not be able to monitor its performance.

These cookies enable the website to provide enhanced functionality and personalization. They may be set by us or by third party providers whose services we have added to our pages. If you do not allow these cookies then some or all of these services may not function properly.

Accept all
Save settings
×

What Resonates With Your Audience?

See how your audience reacts to your new project, marketing campaign, or any other initiative before you roll out.

Has ad fraud ever affected your campaigns? You might even fail to notice that your advertising budget is being wasted on bot traffic. Fortunately, we know how to avoid it.

According to Integral Ad Science, $82 billion goes to fraudsters’ pockets every year in the US. And guess where this money comes from.

In this post, we’ll define ad fraud, list the most common ad fraud methods, and tell you what you can do to protect your budget.

What is ad fraud?

Advertising fraud is a deliberate technique of driving fake activity, such as impressions and clicks, and preventing advertising campaigns from being seen by real people.

Most often, there are bots that carry out ad fraud – they generate fake clicks on ads and/or fake activity on a website that displays these ads. However, bot traffic isn’t the only technique applied by fraudsters. We’ll list ad fraud methods further in the article.

Any advertising campaign can become subject to ad fraud, and native ad campaigns are no exception.

DSPs have been largely criticized for the bad activity that is typical to ad exchanges where a long line of events happens before an ad gets displayed. Demand-side platforms deal with large volumes of data and media types of all formats, which makes it difficult for these platforms to predict and prevent fake activity.

As bots have evolved significantly over the past years, distinguishing bot and human behavior is a serious challenge for advertising platforms these days.

To ensure advertisers and publishers don’t fall victim to malicious actions of cybercriminals, top-notch native ad platforms partner with ad fraud prevention companies or even develop their own anti-fraud technologies.

Voluum DSP has developed an anti-fraud kit that indicates suspicious clicks, visits, and fake conversions and gives advertisers all the data they need to block non-human traffic.

Outbrain doesn’t fall behind its competitors. ‘Providing a clean, non-fraudulent network for publishers, advertisers and readers is a top priority here at Outbrain. We proactively monitor our network to ensure this.

Outbrain detects fraudulent traffic by using both internal solutions and third party-solutions to identify and investigate domain spoofing issues and unusual traffic patterns across Outbrain’s network that do not conform to normal behavior.

We use AI and machine learning, and check metrics and indicators such as widget load parameters, traffic sources, time to click, IP address categorization and more.

We will continue to invest in solutions to thwart fraud incidents in the future,’ says Outbrain’s Haran Rosenzweig.

As for Taboola, the company announced the integration with IAS’s brand safety tools earlier this year. Now, advertisers can take full advantage of pre-bid blocking and post-bid monitoring pixels on Taboola campaigns, powered by IAS.

Ad fraud isn’t limited to click spamming. Here are the most common ad fraud methods that you need to be aware of.

You don’t need to be an expert in ad fraud to know what click fraud is. Cybercriminals drive lots of fake clicks on an ad, making a system think real users are interacting with it.

This technique isn’t necessarily applied by fraudsters but by your competitors or publishers whose websites your ads are served on. There are two ways fake clicks can be generated:

Click spamming is a common method applied to steal the credit for someone else’s attribution. Here tons of fake clicks are generated with the hope for the probability of misattribution. As most bidding systems optimize towards conversions, the number of fake conversions makes the placements look better, which results in higher CPCs being charged from advertisers.

This is a more sophisticated form of click spamming. The key difference between these techniques is when clicks are generated.

This scheme can be implemented with the help of apps that users download unknowingly. Once they show the intent of downloading an app, fraudsters ‘inject’ a click that steals the credit for a download.

Cookie stuffing involves stuffing a user’s browser with multiple cookies without the user’s consent in order to steal credits for purchases happening from that browser.

Cookie stuffing is commonly used by affiliate marketers. An affiliate implements a cookie that misleads audience data and gets payout for clicks and conversions they haven’t generated.

IAS Insider defines domain spoofing as ‘a practice through which fraudsters pass off low-quality inventory as a high-quality or premium site.’

Advertisers pay higher bids to display their ads at premium websites, but instead, their advertisements get served next to unwanted content, in front of completely irrelevant audiences or bots. There are four ways of how advertisers can be tricked by domain spoofers:

What resonates with your audience?

See how your audience will react to your message before launching an ad, a project, or any other campaign. 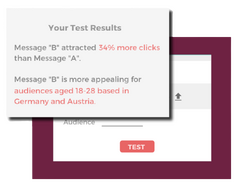 Are some campaigns driving way more clicks and fewer conversions than the other ones? It doesn’t necessarily mean something is wrong with your campaign setup. Check placements your ads are served on – are there any sites delivering the largest number of engagements that hardly ever result in conversions? Block these placements and watch how your campaign performance is improving.

Surges in impressions or clicks that aren’t related to recent changes in your campaigns might also be indicators of fake activities. Every chaotic peak should be carefully analyzed and addressed if you don’t want to lose your budget to fraudsters.

If your landing pages are flooded with bots, you can detect it by analyzing on-site behavior. Abnormally high bounce rates and extremely short dwell time might be sure signs of ad fraud.

Bots crawl websites faster than any human can do, so if you see that an average session doesn’t last longer than a few seconds, it’s most likely that your campaigns are driving bot traffic.

Double check sites your ads are served on. Yes, manually. As ad fraud methods are getting more and more sophisticated, it’s very likely that you might fail to recognize suspicious URLs. By examining your ad placements, you’ll ensure your ads don’t appear on low-quality websites.

How to prevent ad fraud?

Ad fraud poisons all the aspects of your advertising campaigns. To reach your marketing goals, ensure your budget is spent wisely, and protect your reputation, you need to be ready to detect and prevent ad fraud. Here are the key steps we recommend you to take so that you don’t get tricked by fraudsters.

Don’t want to waste your budget on fake activity? Then work only with trusted platforms.

Some advertisers don’t want to ‘overpay’ for premium inventory or make efforts to create campaigns that pass strict requirements of quality advertising platforms. Therefore, they partner with cheap but questionable networks, without even checking their domain portfolio. But there’s no free lunch. Low-cost traffic sources usually cost advertisers their campaign budget – instead of driving leads or sales, they eat up money and deliver irrelevant audiences or bot traffic.

We all understand the importance of monitoring campaign performance to identify issues in campaign setup and optimize for better results. However, you should also remember that arising problems might be caused by fraudulent activity, which can often be prevented by blacklisting suspicious IPs or domains.

When you select unwanted placements or IPs, blacklist them on the account level. You don’t want to go through the same process every time you launch new campaigns, do you?

Identifying deceiving techniques before they hurt your campaigns is the biggest challenge. Even though you might be checking performance reports on a daily basis, one hour of delay might be crucial.

Set up automated rules so that the system will be constantly checking key performance metrics and informing you promptly once underperforming elements are identified.

If you aren’t sure your ad platform leverages proper technologies for ad fraud prevention, you can implement an anti-fraud solution on your side.

Anti-fraud tools will detect and filter out bot traffic, identify malicious placements, and block advertiser’s impressions from appearing on these sites.

By conducting manual checks, you can reduce the impact of ad fraud on your campaigns for some time, but you won’t eliminate it. To avoid more sophisticated ad fraud techniques, you might want to invest in the following software:

Mind that the more popular the company is the more chances fraudsters have learned to evade detection by this vendor. That’s why we recommend that you conduct an in-depth research before picking the tool that will be right for you and consider its features, not the brand name.

Whether you work with a top-notch ad platform or rely on a third-party solution, it’s always a good idea to keep an eye on what’s going on inside of your campaigns. Having a few levels of verification will give you all the necessary data for maintaining ‘healthy’ cost-effective campaigns. 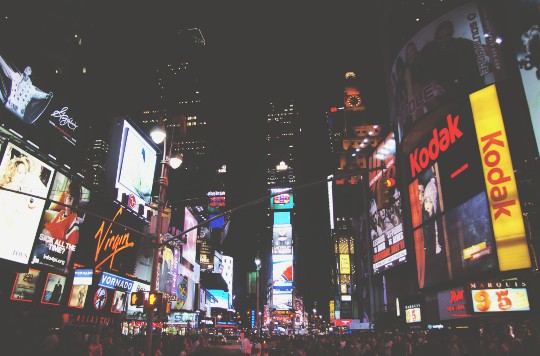 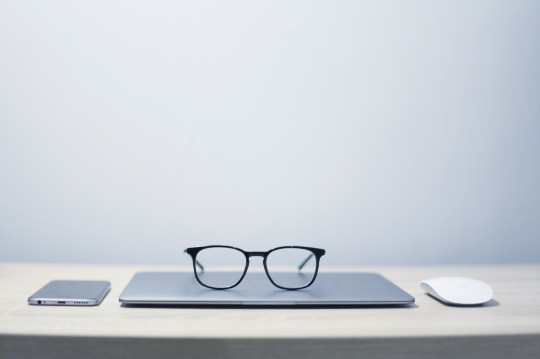 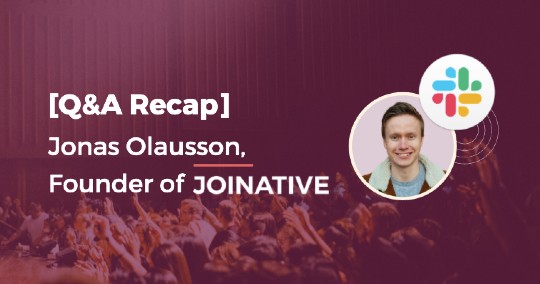